I sometimes think of the challenges which precede success in the job search as resembling those of gatherers and of hunters. 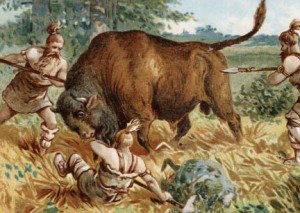 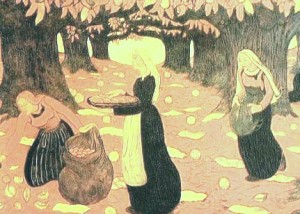 In my personal job search just a few years ago, I approached it like a gatherer. That is, I spent many hours on the internet job boards, gathering up jobs which I thought I would be suitable for. Then, I prepared my cover letter, submitted my resume, and recorded another job submission that I’d hope to hear back from real soon. A similar approach would occur with headhunters, who would connect with me with promises of possible matches on job reqs which they had, or would have in the future. More possibilities were gathered in during those discussions.

Gathering was safe. I could tell myself, and those who were pulling for me, that I was making progress. Surely, one of the online submissions would amount to solid interest, an engaging interview, followed by real offer. But days, weeks, and months seemed to pass without actual success.  What was I doing wrong?

It wasn’t until I began to appreciate the value of hunting, did I begin to gain real traction.

Hunting begins with networking.  In our analogy, networking would equate to asking other (job) hunters where the game could be found. But it also involves storytelling, too. In earlier times, hunters would circle a campfire to relate success stories to their tribesmates.

When networking, and especially in an informational interview, you should come prepared with many an interesting story about successes during your career, as this helps to build interest and rapport. These success stories will show you to be the solid performer that you are, and thus make you more attractive to hiring companies.

Just like news about a nearby herd of bison, when you conduct a series of information interviews, word about your value and skills will spread, perhaps to someone who will approach you about a position instead. And, in a job search, isn’t it more advantageous to be the hunted, rather than the hunter?

Consider whom in your industry would be interesting to conduct an informational interview with. Reach out and request a 15-minute meeting. Arrive prepared to listen first, but to share some success stories, too.

Asking for informational interviews may seem difficult at first, but become easier after each successive one. Please be sure to use the comment section below to share your experiences with your fellow hunters.

When the game proves challenging, you’ll be glad that you sought out help — just like those in the picture above.